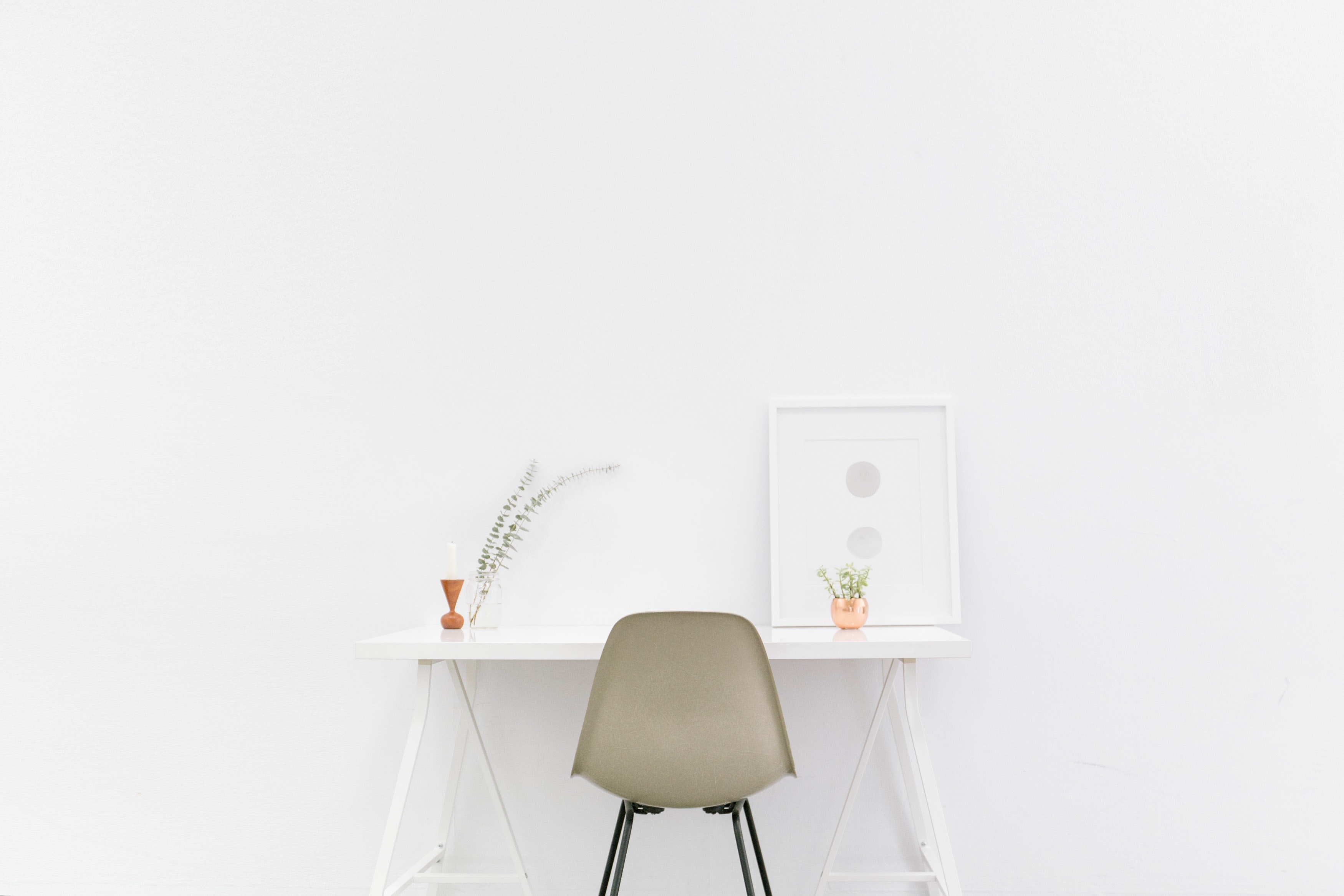 I used to overdo it with everything. I over-extended myself in friendship personal relationships, I over-volunteered, I overdid it at work, and I was over-dramatic about everything. All of this lead to a chaotic circle in my mind to the point where I was also overbuying, overspending, over-having, over-wanting, over-needing. I was to a point where I was so into this way of thinking that I would go to a store and I couldn’t leave without buying something. It wasn’t even that I wanted something or needed something, I just wanted to buy something. I had so many candles that I didn’t burn because I wanted to save them for a special occasion. I had tons of cute little cards that I thought I would send to people one day, but I never got around to it. I had tons of half-finished projects that I never got around to finishing.

I had tons of these ideas. I was also extremely messy. I let mail pile up, I was going to get to reading that magazine, but I have three years worth of them but haven’t gotten to them yet. I’m going to get around to opening all of those letters that I wanted to open. I’m going to get around to wearing all the clothes that I have. My closet was always so full, but I had clothes all over the floor all the time. It was embarrassing, I didn’t even want to have anybody come into my closet. In a household of two people, I had about 20 dishes. I had 20 glasses, 20 sets of silverware. Why on earth I would have needed that? I had things in my house that I would keep just in case I ever needed it.

Now, I could go on and on and on about this, but the truth is that having all of this stuff cluttered my mind, cluttered my life, it made me unable to think clearly. It filled my life with drama. I would get sucked into TV shows that were filled with drama, I would create drama, it was just a lot of negativity because my brain could never be at rest. I was never at rest because of all of my doing, all of my buying, all of my habits. Finally, I decided I had to stop. Something had to give and that was it. I made a decision to get rid of at least half of everything that I own. I moved to Mexico. I got rid of probably about a quarter more of things that I own. I realized I didn’t need anything that I wasn’t using, and then a hurricane hit my home and I lost everything. This was tragic, but it also gave me a real opportunity to start over and embrace minimalism. Now I only buy what I absolutely need. I can tell you, I’ve become the neatest, cleanest person.

I have become almost OCD about cleanliness now, and I enjoy it. I used to think that cleaning was such a chore and now I absolutely love it. I love having a clean house every day. I love that I don’t have that much stuff. If I don’t use something, I get rid of it. Even for my children, if they haven’t played with something in a month, it’s gone. If I hadn’t used something in a month, it’s gone. I use every single thing that I have. I don’t have that many things. I use them until they are all used up, and then I just get rid of them. I used to think I needed to hold on to things forever for sentimental reasons, but I read this article that this woman would move all over and would haul this table that was her grandmother’s from place to place with her and stick it in a closet because it didn’t go with her decor. She didn’t need it anymore and she finally realized, “I’m bringing this table everywhere, but it doesn’t bring my grandma back. It’s just a memory of her. I can hold her in my heart and I don’t have to hold these things.”

If we shed ourselves of all of the things that we don’t need, which is probably about 80% of the things that we have, everyone would feel so free! If you have nothing on your counters in your kitchen, nothing on your counters in your bathroom. I can’t tell you how peaceful it feels to go into my closet and be able to see everything I own. Nothing is stuffed in somewhere, I’m never trying to find something because I don’t have that many things. Everything that I have I take great care of, I know where it is, and I cherish it. I know this sounds untraditional and it sounds like this minimalism may not have anything to do with success, but I promise you that it does. It has so much to do with your success because your mind cannot be at rest when your home, when your life is cluttered with things, with too much doing, with too much having. I challenge you today to downsize, to minimize in your life, and then you’ll open the doors to so much more success. I wish that for you. I wish this beautiful experience of living minimally for everyone, and I truly hope that it can help skyrocket you to the next level of success.

3 / BEING A LAWYER AND BUSINESSWOMAN